Get fresh music recommendations delivered to your inbox every Friday.

from The Gurgler by Alpha Strategy 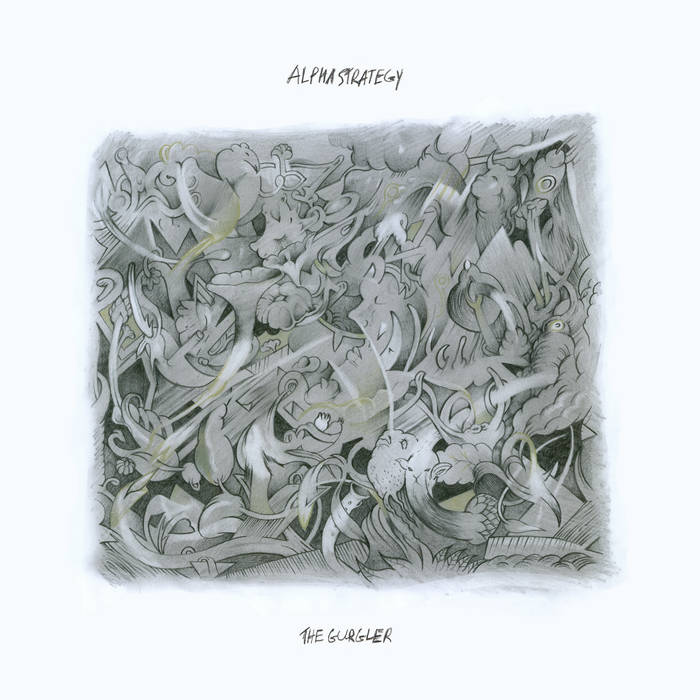 Per the agreement he'll watch a bus drive onto the lawn
It'll let a bunch of people out
While a figure chops at roots of trees with an axe
Something'll bite him real good
And an unfamiliar woman will want to take his picture
As he leans against a post
Bread tube hot dogs got his hands full
Blocking rat holes up with steel wool
For carpet burn healing he's hopeful
And he's got a look on his face that could easily be accompanied by the words
Accoutrement! Accoutrement!
With one or two items he's seen to
Free to blare away to himself
What are you to her now
Once she'd wake up at 3:00, and start rambling about God
He'd squeeze her tight, hands running through her straight auburn hair
When he left town she couldn't go back to that apartment for days
Still on the floor were those things for him she'd wear
A stupid road map of sore eyes
A stupid road map of reddened itchy eyes

Bandcamp Daily  your guide to the world of Bandcamp

Little Brother joins the show to discuss their beautiful journey, plus tunes from Fat Tony